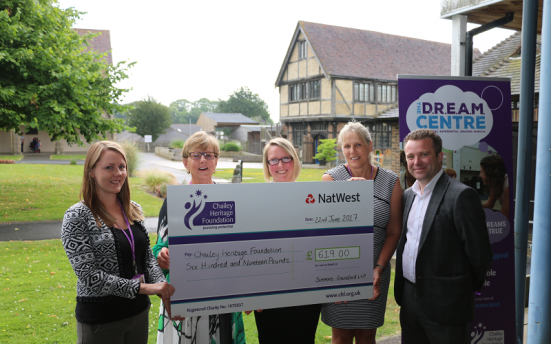 On Wednesday 7th June 2017 Simmons Gainsford LLP in Uckfield embarked on a mission to find the ‘Brains of East Sussex’ and, at the same time, raised valuable funds for the Chailey Heritage Foundation. The evening proved to be one of fun, competitiveness and full...[more]

Most people take their health and wellbeing for granted, and do not stop to consider what they would do financially if they fell ill or were injured in an accident that left them unable to work for a period of time. However many people would...[more]

Mortgage payment protection insurance: What is…

Mortgage payment protection insurance (MPPI) is a type of policy that homeowners take out to ensure they are able to keep up with their mortgage repayments in the event they lose their job or have to stop working due to severe illness. MPPI is not...[more]

Pensions and personal service workers: what…

With large employers having completed their auto-enrolment duties, the focus is now on smaller employers who have between 1 and 49 staff. They too must now set up a pension for their employees. What many people do not realise,is that families who employ staff, such...[more]

The Common Reporting Standard (CRS) was developed by the OECD as a global standard for automatic exchange of financial account information. Over 50 countries implemented CRS from 1 January 2016 and Financial Institutions in these jurisdictions will begin reporting information to their local tax authority...[more]

We are pleased to announce that our Simmons Gainsford Dubai website is now live, in both English and Arabic. From our Dubai office we advise a wide range of clients, typically multi-national corporations, ultra-high net worth individuals (including their trading and passive investment entities such as...[more]

The expected requirements of MTD are, for each business operated by the taxpayer: 4 quarterly returns (which do not presently need to contain accounting adjustments such as stock, debtors, etc. but which should otherwise contain all income and expenditure) to be filed within 30 days...[more]

Making Tax Digital (“MTD”) is one of the most controversial changes to the operation of our taxation system in recent years.  The Public Accounts committee and House of Lords have both challenged the Government over the short timetable for introduction, the perceived benefits and costs...[more]

The 2017 Finance Bill received Royal Assent on 27 April 2017. Because of the Government’s decision to call a general election, there was limited time for Parliament to debate the Finance Bill, and as a consequence large parts of what was the longest Finance Bill...[more]

Off Payroll Working in the Public…

When the legislation on the taxation of services provided through intermediaries (commonly known as the IR35 rules) was introduced in 2000, the then Government decided that the tax consequences of loming within the legislation would fall on the company providing the services and not the...[more]