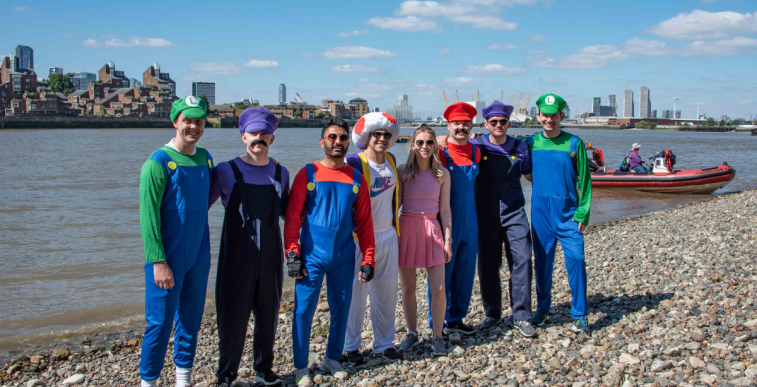 Congratulations and hats off to our team who recently took on the Oarsome Challenge, rowing along 16.5 miles of the River Thames to raise money for London Youth Rowing the Fountain Centre.

As a firm, we were delighted to top up the donation pot to help our team raise over £2,000 to support two wonderful causes. Thank you to everyone who donated – your support is very much appreciated. 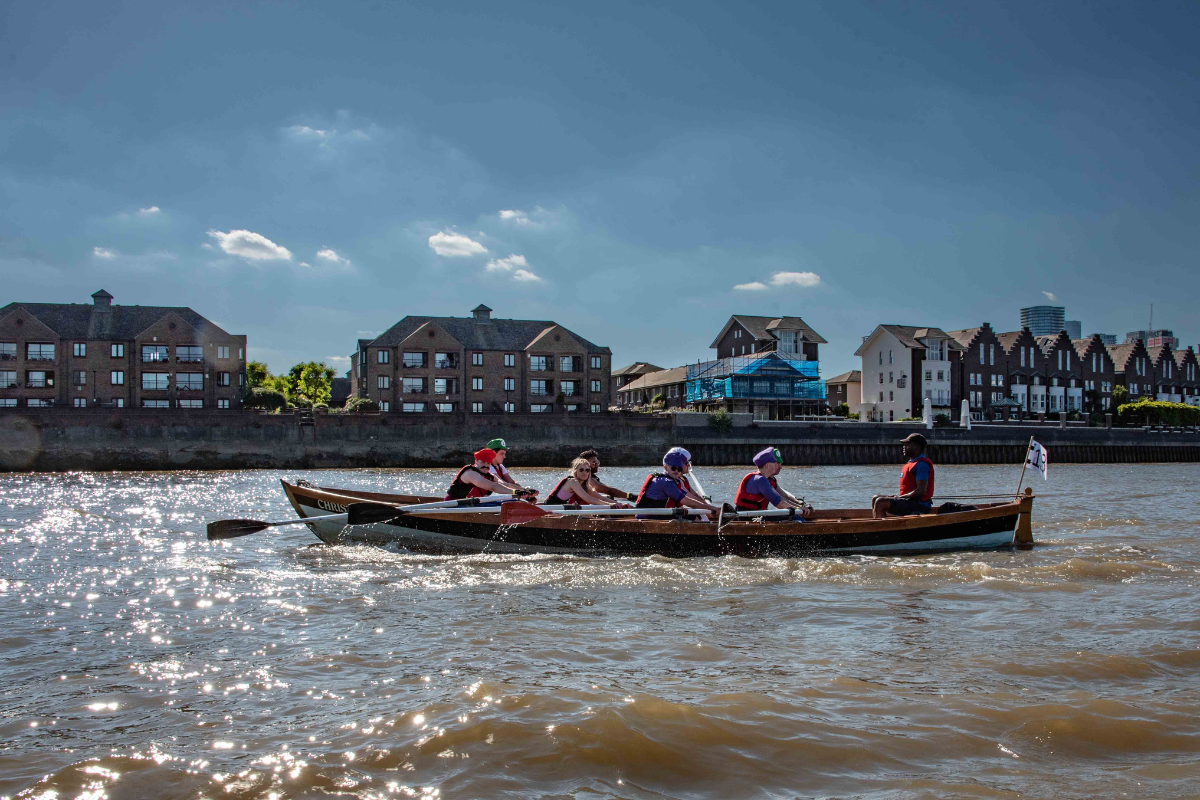 Why did you want Simmons Gainsford to enter the Oarsome Challenge?

Joy Appleby – I thought the Oarsome Challenge would be a great way of raising money and awareness for charity. It was a great opportunity to challenge ourselves whilst having fun and team building.

Any tips for those who haven’t attempted the Oarsome Challenge before?

Sam Green – I would say try and get fit prior to the row, aim to avoid any head injuries at the practice session (easier said than done!), be prepared to sit on a hard plank for quite a few hours and bring a speaker with some good tunes. You will also really enjoy the view of London from the Thames!

What is something that you learned from taking part in the Oarsome Challenge?

Shanir Parmar – As obvious as it sounds, the boat will travel a lot faster with all 8 oarsman being in sync and rhythm. ‘Soft and springy strokes’ as our cox, Tanushai, repeatedly told us.

We learned the term ‘catching a crab’, which is something you don’t want to do! It’s when you lose control of your oar when the blade gets trapped in the water. The oar handle swings backwards and sometimes knocks you off your seat. To avoid, simply push your handle down to get the blade out of the water.

We also learned that jelly babies are a great source of nutrition on the water and Dame Helen Mirren and Sir Patrick Stewart are neighbours as we saw their adjacent riverside houses near St Katherine’s Dock. 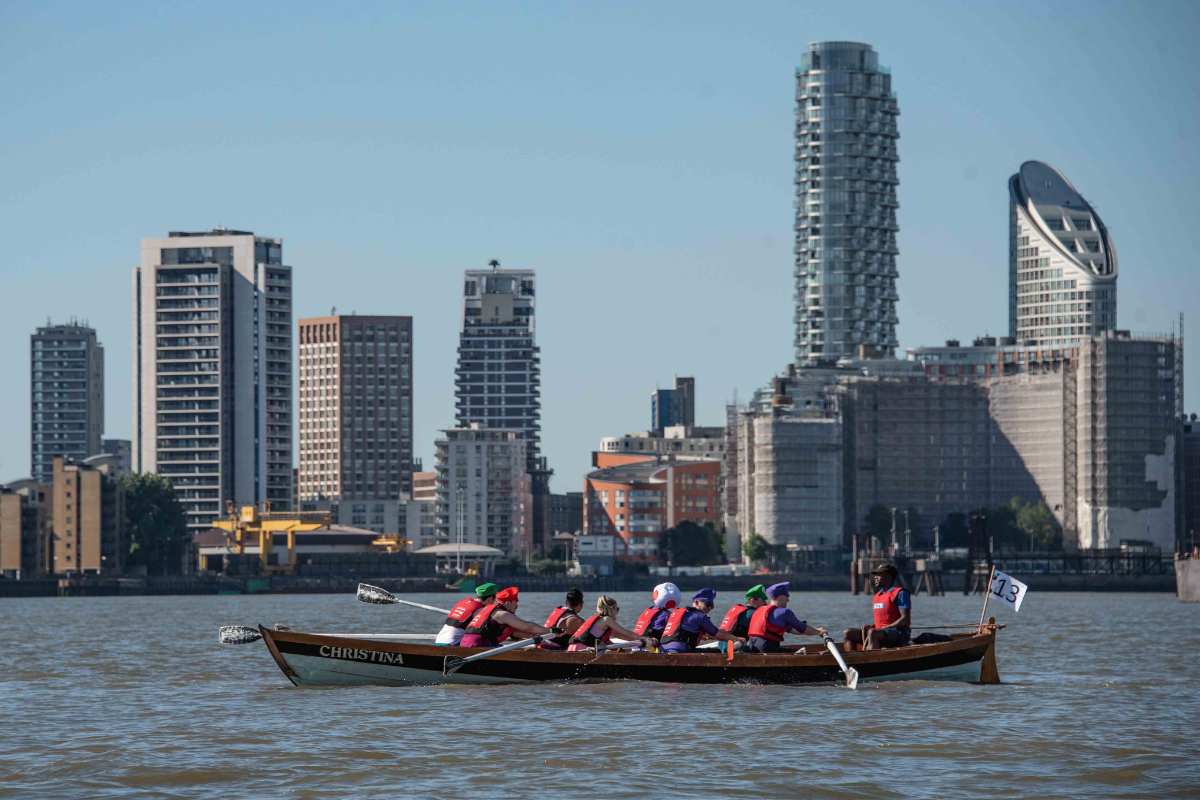 You also took part in LYR’s ‘virtual’ Race the Thames challenge earlier this year – are these challenges something you’d like the firm to take part in every year?

Sam Ainsbury – It’s definitely something that we talked about afterwards and said that we would like to take part in the challenges again. I do think though that next time we should enter more than one team so that it can be competitive within the firm whilst also raising money for great charities.

Alex Combridge – I think having an annual event on a similar level to what we did for the Oarsome Challenge would be a good idea. Maybe with some variety to give more people an opportunity to take part in something they would enjoy.

Finally, any ideas on what you would like your next challenge to be?

James Hallett – As we have now rowed and run the Thames this year, what else is there to do? With this summer’s heat, perhaps there only one thing for it and that is to take on swimming the Thames!

LYR is a youth charity that uses rowing to motivate, inspire and empower young people from the least advantaged areas in London, Leeds and Kent. The Active Row programme gets young people active, boosting physical and mental wellbeing, while also helping them develop crucial Life Skills. Find out more

About The Fountain Centre

The Fountain Centre which is a small independent cancer charity within St Luke’s Cancer Centre. Their aim is to provide holistic and emotional support, information and signposting, both online and face to face, to as many patients as possible. Find out more

‹‹Back to a day in the life page

Other a day in the life 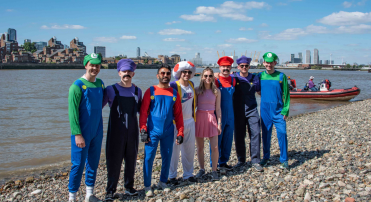 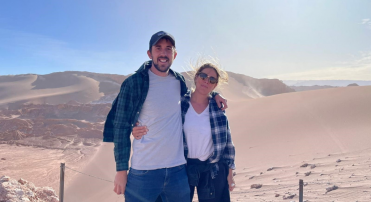 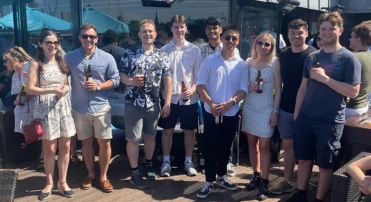 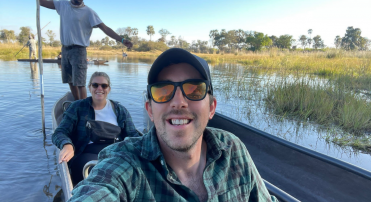