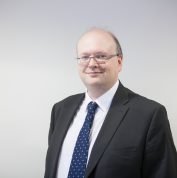 Andrew joined Simmons Gainsford in 2008 following the merger with Silver Altman where he had qualified as a member of the Institute of Chartered Accountants in England and Wales.

Whilst at Silver Altman, Andrew did a two year secondment to what was then the Companies Investigation Branch of the Department for Trade and Industry. His role involved conducting confidential enquiries into companies accused of serious breaches of Companies legislation and acting against the public interest, including reviewing the company’s records and interviewing the company’s directors and professional advisors to establish the facts of the case. From this, Andrew would produce a report for consideration by the Department’s legal advisors to determine the appropriate further action which included referring the matter to the Treasury Solicitor for winding up and disqualification proceedings and submitting the report to other enforcement bodies and professional regulators for further investigation.

Andrew’s enquiries have resulted in numerous successful petitions for winding up of companies in the High Court as well as disqualification orders against three directors for a total of 32 years. He also identified discrepancies in the accounting records maintained by a listed company which were referred to the Serious Fraud Office resulting in the directors being convicted of criminal offenses.

Andrew also conducts a variety of other forensic and litigation based work including investigations into the conduct of directors on behalf of the shareholders and due diligence reports on potential acquisitions.

As well as his forensic work, Andrew also has a portfolio of accounting and audit clients and is a Statutory Auditor in both the UK and Gibraltar.