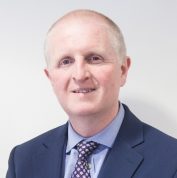 I am on the Executive Committee at SG, so am responsible for the finance and administration functions. I am also SG’s Banking Relationship Partner. In addition I am the Director for SG Credit Management Ltd. Away from SG I am currently a Trustee of Billericay Cricket Club.

Prior to joining SG I studied Mathematics at Cardiff University. Afterwards I trained and qualified in 1995 at Knox Cropper, which specialises in charities, and other non-profit organisations, in the role of Audit Manager.