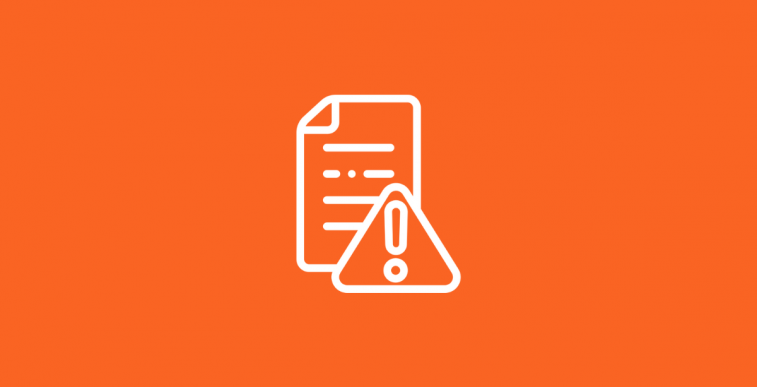 HMRC’s penalty regime introduced in FA 2007, Sch 24 and FA 2008, Sch 41 has been the centre of much discussion since its inception. It has significantly enhanced HMRC powers and given the department a new weapon as part of its compliance toolbox. This is the ability to transfer the liability to pay a penalty from a company to its officers by issuing a Personal Liability Notice (PLN).

This may be seen as a significant measure allowing HMRC in effect to pierce the corporate veil and recoup penalties from individuals, but these powers may only be exercised under the following limited circumstances:

As a safeguard and to act as a check on HMRC, the company has statutory rights to an independent review and to make an appeal to the tribunal in relation to any underlying assessments as well as to any penalties.

However, when a company is placed into administration or even liquidation, there may be little incentive for the liquidator to make an appeal on the company’s behalf. These matters are covered in some detail by Jesminara Rahman in her article ‘Mind the gap’, Taxation, 9 August 2018, page 16.

Despite any apathy on the part of the liquidator it should be borne in mind that the officer receiving a PLN also has a right to due process. As such they are afforded full rights to an independent review and appeal to the First-tier Tribunal against the PLN.

The burden of proof is very much on HMRC as the First-tier Tribunal has confirmed in cases such as Farrow (TC4241), which is considered in more detail below. HMRC will therefore need to establish that:

An appeal against a PLN therefore in effect allows the individual to challenge both the underlying amounts assessed as well as to challenge HMRC’s view of their behaviour being deliberate.

What is deliberate behaviour?

Although later this year we are expecting further useful observations from the Supreme Court in CRC v Tooth on the issue of deliberate behaviour in the context of discovery assessments, the tribunal has already provided helpful guidance here in several recent decisions. This is not only in terms of an assessment of the underlying behaviour of the officer but also in relation to the evidential burden placed on HMRC.

In Clynes (TC5123), the tribunal dismissed HMRC’s arguments that historic case law on the principles of ‘dishonesty’ and ‘fraud’ were applicable to the Sch 24’s meaning of ‘deliberate’. Instead, the tribunal examined the application of the word in the context of Sch 24 by beginning at the Oxford English Dictionary definition of deliberate:

‘Well weighed or considered; carefully thought out; formed, carried out, etc. with careful consideration and full intention; done of set purpose; studied; not hasty or rash.’

In determining the word’s normal meaning, the tribunal considered that for there to have been a deliberate inaccuracy attributable to a person, they must to some extent have acted consciously with full intention or a set purpose to do so. In the context of a company, it is the relevant awareness of the officers acting on its behalf which is under examination.

While this may prompt some agents to consider a defence of ignorance, this too has been considered by the tribunal. It explained its views succinctly in Clynes:

‘We view the case where a person makes such a conscious choice not to take such steps with the result that an inaccuracy occurs, as no less of a “deliberate inaccuracy” on that person’s part than making the inaccuracy with full knowledge of the inaccuracy.’

The tribunal has provided useful commentary as to the evidential burden which HMRC is required to meet in another case: Cresswell (TC6274).

In this case, the tribunal was particularly critical of HMRC’s careless handling of the case and its failure to identify any underdeclaration, let alone prove that the appellant director was personally culpable.

The judges referred to comments made by Lord Millett in Three Rivers DC v Bank of England [2001] UKHL when considering the evidential burden placed on HMRC:

‘An allegation of fraud or dishonesty must be sufficiently particularised … particulars of facts which are consistent with honesty are not sufficient. The defendant is entitled to know the case he has to meet … But since dishonesty is usually a matter of inference from primary facts, this involves knowingly not only that he is alleged to have acted dishonestly, but also the primary facts which will be relied upon at trial to justify the inference.’

These comments indicate the threshold of evidence that HMRC would be required to present to a tribunal to justify a PLN. This is not only to evidence deliberate behaviour on behalf of the company, but also to show causality of deliberate actions attributable to a specific officer of the company to whom the PLN has been issued. HMRC’s case was based on weak circumstantial assertions. The notice was therefore quashed by Judge Michael Connell who stated:

‘HMRC’s case on deliberateness is inherently improbable. Cogent evidence would be required to establish it. In fact, there is no evidence.’

The tribunal in Farrow (TC7048) considered further the evidence required for HMRC to satisfy the burden of proof that an individual’s deliberate actions led to an inaccuracy.

The facts of this case were that the taxpayer was a director of Spectrum Contracting Services Ltd. The company provided workers to construction industry clients, usually by engaging with each worker’s service company or umbrella company.

After an investigation, HMRC issued deliberate inaccuracy penalties under FA 2007, Sch 24. It considered that Spectrum had incorrectly made payments to subcontractors without deducting tax under the construction industry scheme. The department later issued a PLN to the two directors, making them each personally liable for 50% of the penalty amount.

HMRC’s case relied mainly on the facts that the directors were involved in the day-to-day running of the business and in control of its finances. At a previous meeting with HMRC, the directors confirmed that they understood the purpose of gross payment status and had worked in the construction industry for several years.

Taking these circumstances as a whole, HMRC considered that the directors must have known that the payments to service companies should have had tax deducted and thus their behaviour was deemed to be deliberate. However, it provided no direct evidence that Spectrum had behaved fraudulently and presented only circumstantial evidence, inviting the tribunal to draw inferences from various circumstances considered cumulatively.

Expanding on the decision in Clynes, the tribunal here considered whether the individual had acted in good faith when completing the company’s returns:

Further, the tribunal accepted that matters such as fraud or deliberate behaviour can be established by circumstantial evidence, but there must be enough circumstances to establish personal knowledge. The fact that the appellant was the director of Spectrum did not by itself provide adequate evidence that he knew about the inaccuracy.

Interestingly, HMRC’s Compliance Handbook appears to concur with this point and sets out at CH98600: ‘The fact that an officer signs a document on behalf of the company is not in itself evidence that the wrongdoing is attributable to that officer’s deliberate action.’

It is relevant that the particular officer may be the controlling shareholder and major decision maker, but this may not in itself be detrimental if it can be shown that they are not involved with day-to-day accounting, instead relying on others.

‘The tribunal is satisfied that he was a top-level decision maker concerning all of Spectrum’s business and financial affairs. Nevertheless, the fact that he had full control over the day-to-day running of the company and was a top-level decision maker does not necessarily mean that he micro-managed to the extent of deciding personally everything that occurred during the course of the day-to-day running of the business.

‘Indeed, it does not necessarily mean that he even knew everything that happened in the course of the day-to-day running of the company. The evidence indicates that Spectrum had some 60 direct employees working in a number of different offices in the UK, and a turnover of millions of pounds. It is quite plausible, indeed likely, that responsibility for many day-to-day affairs would have been delegated to various company officers, who would have drawn the appellant’s attention to those matters that he needed to know.’

In light of our experience in defending PLNs and, as demonstrated by recent decided cases, HMRC seems willing to rush in when issuing penalties. In some instances, it assumes automatically that an error is deliberate without meeting the evidential burden of proving that the personal actions of a company officer led to the particular inaccuracy.

It is therefore imperative that HMRC’s assertions are closely scrutinised to examine whether there are specific facts establishing that the particular officer acted deliberately so that the burden of proof has been properly discharged. Specifically, is there evidence pointing to an officer’s personal knowledge and consequential actions, or is it solely assumptions being made by HMRC?

Some useful areas to consider carefully when challenging HMRC’s position include:

Nicholas McLeman is a tax consultant in the tax dispute resolution team at Simmons Gainsford LLP. He can be contacted at nicholas.mcleman@sgllp.co.uk

Anthony Rose is a senior tax partner at Simmons Gainsford LLP. He heads the tax
dispute resolution team. He can be contacted at anthony.rose@sgllp.co.uk