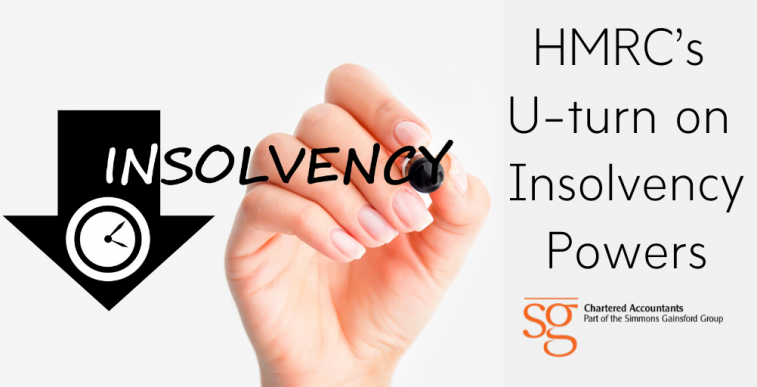 The Enterprise Act was introduced in 2002 to abolish Crown Preference, this being HMRC’s preferential status as a creditor upon liquidation. At this time, the government regarded these changes as more equitable, bringing HMRC’s powers in line with other jurisdictions such as Germany and Australia.

Roll forward sixteen years and Budget 2018 announced that the Government has taken a U-turn and HMRC will now regaining its protected creditor status.

Currently, if a company enters administration or liquidation without the ability to service the entirety of its debt, HMRC has no preference over other creditors and therefore is usually the one to lose out. For example;

Despite the loss of Crown Preference, HMRC has worked to build up additional powers over the past few years where it is deemed that fraud is involved;

In 2003, HMRC introduced legislation as part of the Income Tax (Pay As You Earn) Regulations giving the department the power to shift PAYE debt to the employee by issuing a Regulation 81 determination. There however are conditions that need to be met and broadly the regulations only apply in situations where an employee received remuneration knowing that his employer has wilfully and deliberately failed to deduct the PAYE.

HMRC received further powers as a result of Finance Act 2008, which allows HMRC to effectively pierce the “corporate veil” and transfer unpaid penalties (but not the tax) to former Director’s. This can be done for VAT, Corporation tax and CIS by issuing ‘Personal Liability Notices’.

Under these powers, a notice may be issued where it is determined that tax inaccuracies have arisen from the director’s deliberate actions and the company is either in liquidation, or at risk of being placed into liquidation.

There has also been a move by HMRC to start enforcement proceedings for collection of tax at a much earlier stage and we are seeing that this is often when the actual debt is still relatively current. This is usually backed up with the threat of issuing a winding up petition.

Once the petition is issued there is generally a 7-day period before it is advertised in the London Gazette. The advertising causes a significant commercial issue as its likely at this stage that the Company will have its bank accounts frozen and so will no longer be able to trade.

So, what’s new now? Well after seventeen years of incurring increased losses from the lower recovery of taxes in insolvency, HMRC is now set to once again to have preferential creditor status in certain circumstances following an announcement at the Budget 2018.

HMRC’s preference and powers to protect certain tax debts upon liquidation will now apply with effect from 6 April 2020.

The changes will protect those taxes paid by companies and customers that are commonly collected and held “on behalf of” HMRC, and so will include;

Where one creditor is benefited in a liquidation, another must suffer a detriment. Here, the additional benefit conferred upon HMRC will likely be at the expense of floating charge holders and unsecured creditors potentially suffering reduced recoverability.

The question is raised as to whether the true impact on private creditors (and knock on effect on businesses) was fully considered before these measures were set to be introduced. By reducing the recoverability of floating charge holders in liquidation, there is a possibility that this form of lending and availability of other forms of corporate finance will become more expensive due to the perceived additional risk.

Another risk to consider is whether lenders will seek to carry out additional due diligence to protect themselves against exposure to companies that may become insolvent.

This measure is understandable in that the taxes concerned are viewed by HMRC as being held on behalf of the department, and as such should not be distributed to private creditors.

Along with these new measures, further provisions have been announced which will give HMRC further powers.  On 11 April 2018 the government published a discussion document entitled “Tax Abuse and Insolvency”. Following a consultation period, it has subsequently announced intended new measures on 11 July 2019.

The stated aim set out in the guidance is as follows:

“This measure tackles the small minority of taxpayers who artificially and unfairly seek to reduce their tax bill through the misuse of insolvency of companies. This will be achieved by making directors and other persons connected to those companies jointly and severally liable for the avoidance, evasion or ‘phoenixism’ debts of the corporate entity.”

It is intended that these new measures which will be subject to a full review and appeals process, will take effect from Royal Assent of Finance Act 2019-20. As drafted though the legislation could well penalise those individuals connected with companies that have previously used liquidation procedures for entirely legitimate planning purposes. This would include where the company was solvent such as instigating a members voluntary arrangement.

How can Simmons Gainsford LLP help?

Our wide range of services and experience can assist with those companies that are facing financial problems. These include:

– make appropriate introductions to Insolvency practitioners as well as

– provision of banking advisory and

Through our key contacts we are also able to co-ordinate corporate finance and turnaround advice.

For further information, please contact Anthony Rose on anthony.rose@sgllp.co.uk in the first instance.