February was another lively month with a good deal of positive news on economics and politics which took equity markets broadly higher, although as before a number of risks remain. In the key countries of Ukraine and Greece there has been a welcome degree of compromise; on the key issues of global growth and the course of interest rates there is still some uncertainty and while enough that is positive to maintain momentum for now we are looking to reduce the risk exposure of portfolios.

One of the most powerful factors at play currently is the low rate of inflation, which in some spheres especially Continental Europe has raised the spectre of deflation. There is an argument as put forward by the Governor of the Bank of England, Mark Carney, that there is positive deflation, which acts a stimulus to consumer demand, rather than the negative type that can lead as it did in Japan to a deferral of spending and investment, as well as its impact on debt positions that often rely on inflation to help them to diminish in real terms. The fall in the price of oil and of food has certainly stimulated increased demand and that is likely to have a lasting impact even after the recent rally in the cost of crude. The other factor is that low inflation, below a typical target level of 2% which is seen as acceptable or indeed beneficial, has left central banks with limited options to manage economies: a large proportion of the world has seen either a cut in interest rates, as again in China, or the use of quantitative easing, as now started by the European Central Bank. This does not necessarily augur well for the future but can stimulate assets, especially any with a reasonable yield given how uninspiring deposit rates are for consumers; for banks in a growing number of countries they are now negative.

In spite of falling prices there are brighter signs in Continental Europe, with German economic data in particular on an improving trend. The German economy grew by 0.7% in the fourth quarter, ahead of expectations, which contributed to a total of 0.3% for the euro zone as a whole; the European Commission has forecast growth of 1.3% for this year. The region should be a prime beneficiary of the fall in oil prices as well as the weakness of the euro, as long as political issues do not predominate and on the assumption that the four-month breathing space afforded to Greece by Germany gives time for a more lasting resolution. Greece could still leave but the risk of contagion is lower. This combined with the ECB’s quantitative easing programme, which is starting the purchase of €60bn of bonds each month, has prompted a good performance in European shares, which had been reasonably valued but which are evidently less so now. Another important element will be continued reforms, in particular in the stagnant economies of France and Italy. The French president used a constitutional clause to pass into law without parliamentary approval a package of businessfriendly reforms, the loi Macron, on the merits of which the finance minister whose name they bear had failed to convince members of his Socialist party.

In the UK lower fuel and food prices led to a fall in the rate of consumer price inflation to 0.3%yearon-year in January, below market expectations and a fresh all-time low; core inflation, however, edged higher to 1.4% and in the service sector prices are stronger. With the labour market tightening and increased wage inflation likely, interest rates may rise a little earlier than currently expected, although Mr Carney has said that they might not necessarily have a floor at 0.5% . The real concern is the lack of a clear-cut outcome in the general election in May which may have a major impact on investment, confidence and sterling, such that we are reviewing our exposure again – although the UK stock market is one of the most international.

In the US the latest data for housing starts and industrial investment indicate a sluggish start to the year, in line with a revision down in the GDP for the fourth quarter of 2014, although the increase in jobs in January was a surprisingly strong 257,000 while payrolls have risen for eleven consecutive months. Overall inflation remains subdued and Janet Yellen in her role as Chairman of the Federal Reserve continues her delicate balancing act in judging the timing of a rise in rates, which is now expected in the second half of 2015.

Recent data from China show that exports fell by 3% and imports by 20%, such that the country’s trade surplus reached $60bn and an indication of a slowing economy that has prompted the central Bank to cut interest rates again, while perhaps contemplating a devaluation of the yuan. In India the government has produced a promising budget for growth and its economy is now growing faster than China’s, if the revised statistical base is accepted.

In Japan the economic picture is still mixed, with inflation likely to slip back below target, although as before the drivers of the stock market, which has rallied to a fifteen-year high, are the strength of corporate earnings and the relative weakness of the Yen. It is encouraging that the Government Pension Scheme has been shifting its asset allocation faster than expected to equities.

It was a strong month for equity markets. The FTSE 100 index rose by 2.9% to close at 6947 and finally passed the previous high set at the end of December 1999 after the technology share boom, although in real terms the market is still well below that earlier level unless one adjusts for the total return including dividends. The FTSE SmallCap Index had the same return of 2.9% while mid-sized companies as represented by the FTSE 250 Index did better with a return of 5.9%. In the US the S&P 500 recovered from its slip in January with a return of 5.5% and the technology-oriented NASDAQ index soared by 7.1%. In Europe the EURO STOXX 50 index was again up, by an impressive 7.4%, as investors anticipated asset inflation from the ECB’s move in January on quantitative easing. In Japan the Nikkei 225 index was also strong and advanced by 6.4%. The MSCI Emerging Markets index lagged the strength elsewhere with a return of 3% although there was a marked recovery in the large markets of Latin America. For what felt like the first time in a long time bond markets struggled as expectations of interest rate rises changed; yields rose sharply in the month and that on the UK 10-year gilt moved from 1.33% to 1.8%, although that was only broadly the level at end December. The FTSE Gilts All Stocks index delivered a negative return of -5% in the month.

Sterling rose by 2.5% against the US dollar, which had been expected to continue its recent strength, closing at a rate of $1.54:£, and it was 3.3% stronger against the euro at €1.38:£. The euro was little changed against the US$ while the Swiss Franc lost further ground against its sharp rise in January. The price of gold fell back by 5.5% to $1213 per troy ounce. Copper rallied by 8% while the price of a barrel of Brent oil bounced off its low to end the month at $63, having apparently found a floor.

It has been a positive start to what is still capable of being a challenging year, in which politics will have a part to play. While still focusing on the merits of capital preservation we are also continuing our emphasis on reliable earnings and yields in the investments that we make for secure growth or on their role in diversifying portfolios.

All views are the authors own and do not represent those of SG Financial Services Limited.

DISCLAIMER: Any forecasts, figures, opinions or investment techniques and strategies set out, unless otherwise stated, are Vintage Asset Management’s own. They are considered to be accurate at the time of writing, but no warranty of accuracy is given and no liability in respect of any error or omission is accepted. They may be subject to change without reference or notification to you. The views contained herein are not to be taken as an advice or recommendation to buy or sell any investment and the material should not be relied upon as containing sufficient information to support an investment decision. It should be noted that the value of investments and the income from them may fluctuate and investors may not get back the full amount invested. 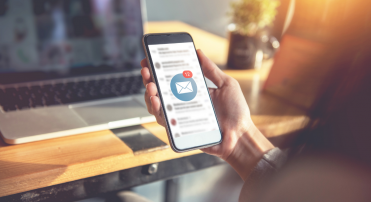