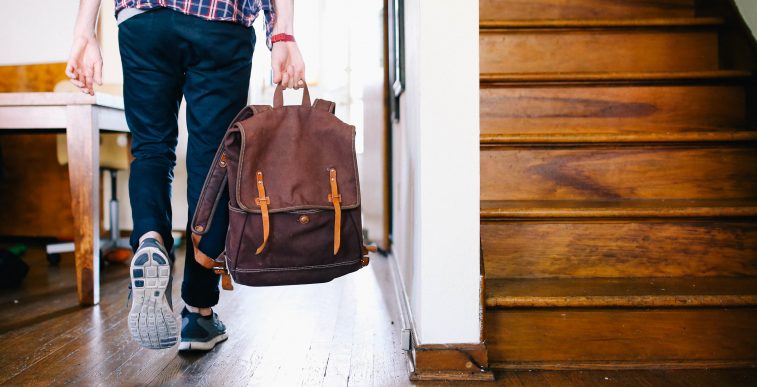 HMRC recently published its response to the Making Tax Digital consultation feedback it received from businesses, the self-employed and industry. The government has amended a selection of its plans in order to accommodate the views and opinions of respondents, as it seeks to create a new, fully digital tax system.

Meanwhile, as Chancellor Philip Hammond prepares to deliver his Budget on Wednesday 8 March, the UK’s leading business groups, including the Confederation of British Industry, have outlined their priorities for businesses and the economy.

HMRC has published its response to the feedback it received on its Making Tax Digital (MTD) consultations, shedding a little more light on its plans to create a new tax system ‘fit for the digital age’.

The new regime, which is set to be introduced between 2018 and 2020, will require businesses and individuals to register, file, pay and update their information via a secure online tax account.

Under the system, self-employed individuals and landlords will be required to use software or apps to keep digital business records, and to make regular updates regarding their income tax, VAT and national insurance contributions online. HMRC previously proposed a number of exceptions to the requirement to maintain digital records, including unincorporated businesses or landlords where turnover or gross income from property is less than £10,000. The government is now considering the exemption further.

The government has published a raft of proposals, taking into account the views of consultation respondents, and its latest decisions include:

HMRC emphasised that it intends to introduce the changes gradually, and that the initiative will be thoroughly piloted with businesses before being fully implemented.

However, the plans have been subject to significant criticism, particularly in regard to the ‘short’ timetable for their implementation. The Federation of Small Businesses (FSB) called for the introduction of MTD to begin in 2020, rather than in 2018 as planned, and for smaller businesses to be exempted from the scheme altogether.

Mike Cherry, National Chairman of the FSB, commented: ‘The timetable laid out by ministers in Autumn Statement 2015 is now a total fantasy. It is unachievable given the latest delays. The programme cannot begin before 2020 without causing considerable disruption to economic growth, investment and employment.’

Meanwhile, the Chartered Institute of Taxation (CIOT) also called for a delay in the implementation, and for the mandation threshold for MTD to be raised from the proposed £10,000 turnover to £83,000.

The government will consult further on the specific details and the final legislation is due to be published later this year. Please be reassured that we will be keeping you up-to-date with the latest developments on the MTD project.

Business groups have outlined their priorities for businesses and the economy ahead of the 2017 Spring Budget.

In a letter to Chancellor Philip Hammond, the Confederation of British Industry (CBI) called on the government to ‘back businesses’ growth ambitions’ to help build prosperity across the UK, and to work alongside firms to ‘prioritise stability’ during periods of economic uncertainty.

The CBI also urged the government to tackle the UK’s ‘outdated’ business rates regime and limit its ‘growing burden’ on businesses.

Echoing the call of the CBI, the British Chambers of Commerce (BCC) also recommended that the government take action on ‘delivering real reform’ to the business rates system. It called for HMRC to abandon the ‘fiscal neutrality principle’ in business rates reform, suggesting that this acts as an ‘unacceptable barrier’ to the revision of the system.

In its submission, the BCC outlined its desire for the government to bring forward the switch from the Retail Price Index (RPI) to the Consumer Prices Index (CPI) to April 2017, instead of during 2020, as is currently planned.

Meanwhile, the Federation of Small Businesses (FSB) has advocated for a ‘pro-business’ Budget that supports self-employed individuals, urging the government to help more people start up in business. It also called for the government to ‘improve job creation and drive productivity across the nations and regions of the UK’.

In a radical move, the Institute of Directors (IoD) has claimed that the UK tax system is ‘not keeping up with the growth of self-employment and the digital economy’, and has called for the Chancellor to create a new Tax Commission when he presents his Budget. The IoD argues that the new commission should investigate how tax applied to the self-employed could be brought into line with employees, and how online stores could be taxed fairly in relation to high street shops.

The Institute has also called for an increase in the Annual Investment Allowance (AIA) cap from £200,000 to £1 million and a consultation on ‘liberalising’ investment schemes for business start-ups.

The Chancellor will present the 2017 Spring Budget on Wednesday 8 March. Full coverage of the key announcements will be available on our website, so please visit regularly.

2 March
Last day to pay any balance of 2015/16 tax and NICs to avoid an automatic 5% late payment penalty.

‘We still have a hill to climb in convincing people about the benefits apprentices can bring to business.’
City and Guilds Managing Director, Kirstie Donnelly, commenting on the news that a third of employers required to pay the new Apprenticeship Levy are not aware that it exists.

Provides information on how to safeguard your business against cyber-attacks and breaches.

Useful information for individuals
For a comprehensive bank of guides covering making a Will, inheritance tax planning and much more, please visit the Your Money area of our website.

A wealth of resources for businesses
With topics ranging from national insurance to small company accounting, the Your Business section of our site is a hub of useful information for businesses.

The latest hot topics from the world of business and tax
Why not take a look at the Hot Topics section of our website? Here we feature information on the latest topical tax and business issues.

Pensioner household incomes ‘surpass those of working age counterparts’
The income of a typical pensioner household has now surpassed that of an average working family, a new report suggests.
Click here for the full story

IFS predicts UK tax burden to reach 30-year high
The Institute for Fiscal Studies has claimed that taxes are on course to rise by £17 billion over the course of this Parliament, taking the tax burden to the highest level since 1986.
Click here for the full story

Half of SMEs ‘to increase prices’ as result of fall in Sterling, BCC suggests
A survey carried out by the British Chambers of Commerce has revealed that 54% of SMEs expect to have to raise the prices of products and services in the coming 12 months.
Click here for the full story