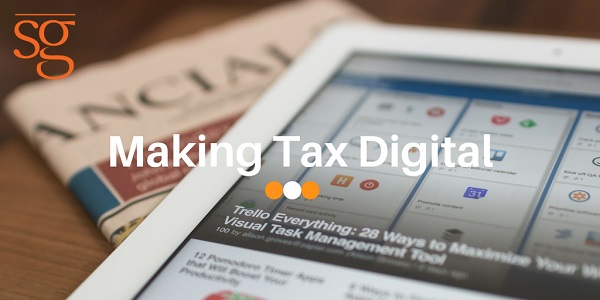 New: Making Tax Digital Timetable and a Finance Bill in the Autumn

Ministers have announced a welcome delay in Make Tax Digital for Business, the plan to bootstrap businesses into the digital age.  Businesses with turnover above the VAT threshold had been expected to be required to keep records in a to-be-specified digital form from 1 April 2018 and file quarterly returns from July 2018.  The relevant enabling legislation was included in Finance Act 2017 but the provisions, being contentious, were deferred until after the election.

Following widespread concern about the costs of imposition and doubts over the potential benefits the revised timetable is:

As the records will only be for VAT purposes, it would appear that records for VAT exempt transactions (such as dividends, (re)payments of loans to/from shareholders and inter-company charges for companies within a VAT group) can remain in traditional format.  We would however recommend that these are properly documented in a timely manner, and note that HMRC is likely to expect improvements in records-keeping generally.

The Government has stated that it intends to legislate all legislation deferred from the Finance Act 2017 as soon as possible after Parliament’s summer recess.  Where a specific date had been stated for the application of an element of the deferred legislation, the date will be retained in the second Finance Act is passed.  Updated draft legislation has also been published.