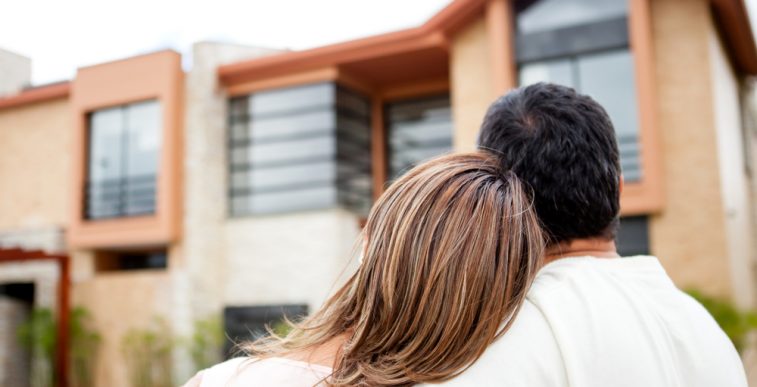 There have been some very significant changes to the taxation of real estate which have recently come into effect or are about to come into effect. This note sets out a summary of a number of these key changes, which need to be considered when undertaking UK property transactions.

The additional charge won’t apply if an individual is replacing his main residence. If the purchase occurs prior to the sale, then the additional charge is payable, however a refund can then be claimed if the first property is sold within 36 months of the acquisition of the replacement.

The rules are complex, and there are various traps for the unwary. In particular companies acquiring property are within the scope of the charge even if no other residential properties are owned, as are trusts unless a beneficiary has a life interest in the property and doesn’t own other residential property personally. There is no exemption from the 3% surcharge for institutional investors, although “multiple dwellings relief” is still available to reduce the applicable SDLT rate, and the purchase of six or more units in a single transaction can still benefit from the (lower) SDLT commercial property rates.

In the past, UK property held in a company incorporated outside the UK (possibly held in a non-UK resident trust) was not a UK asset for IHT purposes and therefore, for non-UK domiciled individuals (“non-doms”), not subject to IHT.

Debts taken out to acquire such property will reduce the value subject to IHT. However, such debts will themselves be considered to be UK assets for IHT purposes rendering the lender liable for IHT on the value of the debt.

The ‘Annual tax on enveloped dwellings’ or “ATED” was introduced in 2013. It is a form of tax designed to discourage individuals from acquiring and holding high value residential property in the UK through corporate vehicles, which is otherwise known as ‘enveloping’.  Such companies were often used as a means of mitigating SDLT charges and / or IHT.

ATED is a single annual payment charged for each period of 12 months, beginning on the 1st April and ending on the 31 March the following year.

The threshold for this charge was initially set at £2m, based on the property value at 1 April 2012 (or date of acquisition if later). However from 1 April 2016, the threshold has been reduced to £500,000. Properties will need to be revalued every five years and so for properties owned on 1 April 2012 the next valuation date is set for 1 April 2017. There are a number of reliefs available to eliminate the ATED charge, however please note that there will still be an ATED notification requirement. The reliefs include, in particular, where a property is held for the purposes of a property rental business or as trading stock. It should be noted that the ATED regime applies to all companies and not just non-UK corporates.

Capital gains tax (CGT) applies to non-residents disposing of UK residential property, with some exceptions, on gains arising on disposals after 5 April 2015.

Non-resident companies will be subject to CGT at 20%, on the gains affected, net of an adjustment for inflation. For individuals, the CGT charge is at 18% for basic rate taxpayers and at 28% for higher and additional rate taxpayers. The applicable rate will be determined by reference to the non-UK resident individual’s UK income levels for the relevant tax year. They may be entitled to the CGT annual exemption.

“Domestic items” include furniture, household appliances and kitchenware which are not revenue in nature and so, without these rules, a landlord would obtain no relief on this expenditure. Fixtures (fixed plant and machinery) and central heating systems are not domestic items, but may obtain relief if they are being repaired.

The level of deduction available is the cost of a like-for-like replacement. Any cost for an improvement, or any sales proceeds must be taken off the allowable cost.

This restriction is being phased in over 4 years, with 75% of finance costs allowed as a deduction in 2017/18, reducing to 0% by 2020/21. Further restrictions will apply if total property income or total non-savings taxable income is lower than the finance costs incurred.

The new rules don’t apply to companies so it may be more attractive for landlords to own properties within a company structure with the additional benefit of lower corporation tax rates, but additional rate SDLT will need to be borne in mind for new purchases with either form of property holding.

From 1 April 2017, larger UK-based property groups will suffer restrictions on the tax relief they can claim in respect of their loan finance. Under the new rules the corporation tax deduction UK companies can claim for finance costs will be capped at the higher of £2m and 30 per cent of their adjusted UK EBITDA (in some cases the cap will be higher, where a group’s third party finance costs are higher as a proportion to the worldwide group’s EBITDA).

There will be an exemption from the new rules for some commercial landlords. In response to extensive lobbying from the real estate industry, the Government indicated its intention to extend the exemption for “public benefit infrastructure” activities to some commercial letting. The details of this exemption is yet to be announced.

New rules on tax losses also come into effect on 1 April 2017. The rules will restrict the amount of losses which can be utilised. In effect, companies with annual profits in excess of £5m will only be able to use losses from earlier periods to shelter 50 per cent of the excess.

The cap on the use of carried forward losses will particularly impact on developers who typically incur losses in the early years of a project and realise a significant profit on practical completion. In response to concerns that the new rules could lead to developers being taxed on more than their economic profit, the Government have provided the ability for developers to carry back unused losses over the final three years of trading. However, this will not always assist particularly where a development trade continues for more than three years after practical completion, due to the time it takes to sell all the completed units.

New rules have also been introduced which extend the scope of UK tax on the profits of developing UK land. Previously it was possible to use offshore structures to shelter development profits from UK tax. Under the new rules, which took effect for disposals of land on and after 5 July 2016, the scope of corporation tax has been extended so that in broad terms all profits of UK development will be taxed regardless of where the developer is based and how they have structured the development. The UK’s double tax treaties with Jersey, Guernsey and the Isle of Man have also been amended to ensure that developers cannot use vehicles based in these jurisdictions to escape UK tax.

HMRC in their guidance have stressed that the new rules will not be applied to genuine investment transactions.

The Government is consulting on extending the scope of corporation tax to non-UK resident companies which receive taxable income from the UK, such as rental income from UK land. This change will affect the large number of investors who hold their UK real estate assets offshore.

However, it will also mean the application of the new interest barrier and loss restriction rules noted above to offshore landlords, resulting in a potential restriction to their deductible finance costs and ability to utilise tax losses.

There has been no suggestion, yet, that this extension of corporation tax will apply to capital gains of offshore property companies.

No date has been given for the implementation of this measure, and with the Government’s consultation only beginning at Budget 2017 it seems unlikely that this change will take effect before April 2018.

HMRC have established a taskforce targeting developments that used offshore structures where little or no UK corporation tax was paid on residential development profits (the Candy brothers’ Hyde Park development apparently being one such instance that is currently very publicly in the news).

Any challenge to an offshore structure is likely to be on the basis that the developer company had a “permanent establishment” in the UK, to which profits can be attributed and taxed accordingly. HMRC’s chances of success will depend to a large extent on how the tax structuring has been implemented in practice, and they will investigate how the development was carried out on the ground and the role of onshore development managers. In addition, HMRC have said that they will also scrutinise other tax aspects of the structuring including any VAT and SDLT planning.

Disclaimer: this Tax Update has been prepared for general information purposes only and does not constitute advice.