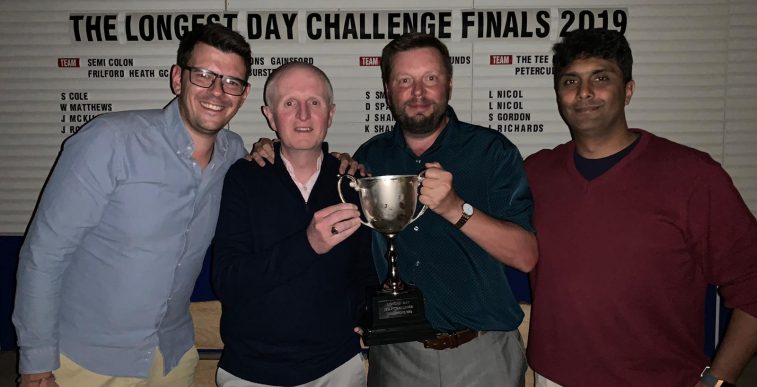 On the 5th of July, four members of the Simmons Gainsford team took part in the Longest Day Golf Challenge, in aid of Macmillan Cancer Support.
They played over 72 holes, walked 20 miles and played for a staggering 15 hours.
As a result of their efforts and all of the kind donations we received, Simmons Gainsford raised over £18,000 for Macmillan.

This placed us second out of 3,500 participating teams and were offered the chance to compete in the Longest Day Golf Challenge Finals at the Boavista Golf Resort in Portugal on the weekend of the 26th/27th October.

We only went and won the whole tournament!
Thank you to everyone who helped make this possible for this fantastic cause which provides so much support to those in need.