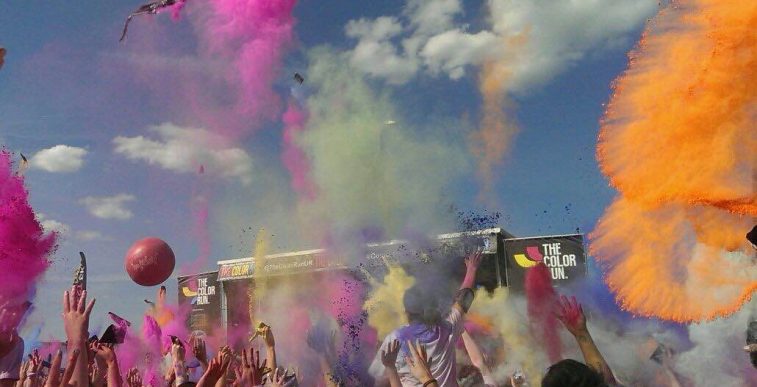 Simmons Gainsford will be represented in the upcoming Wembley Colour Run, on 7th June 2015.

After the success our team achieved at last year’s Colour Run, we decided to do it again. This year we have a bigger team which means more fun and more face paint!

The Colour Run has been called the “happiest 5km on the planet” with the runners being bombarded with coloured powder at every 1km marker. The race then finishes in a huge colour throw inspired by the Indian Holi Festival of Colours.

The brave team participating include Alice, Ariane, Caroline, Charlie, Katie, Merhawi and Victoria will be taking on the 5km course, held annually, with the primary objective to raise money for charity.

The exact charities include:

Although by no means a ‘marathon’ they will still be tested by the daunting course, not helped by being pelted with coloured powder at every 1km marker. Our team hope that a bit of training and whole lot of team spirit will carry them through the day.

A Just Giving (https://www.justgiving.com/teams/SimmonsGainsford) page has been set up to raise donations for the designated charities, so please take a look and give generously. Every penny counts! The team have even promised to share a photo of themselves at the end of the race, so keep your eyes peeled.